Almost 43 per cent of the precipitation year’s total rainfall was measured in October. Having drenched the Maltese Islands in 246.2 mm of rainfall, October was the year’s wettest month, and went down on the Meteorological Office’s records as the third wettest October since 1922. November, on the other hand, accounted for the wettest day of the precipitation year, with the twenty-fifth day of the month dumping 70.4 mm of rain on the islands as a trough of low pressure extended from Algeria to the central Mediterranean before moving eastwards. 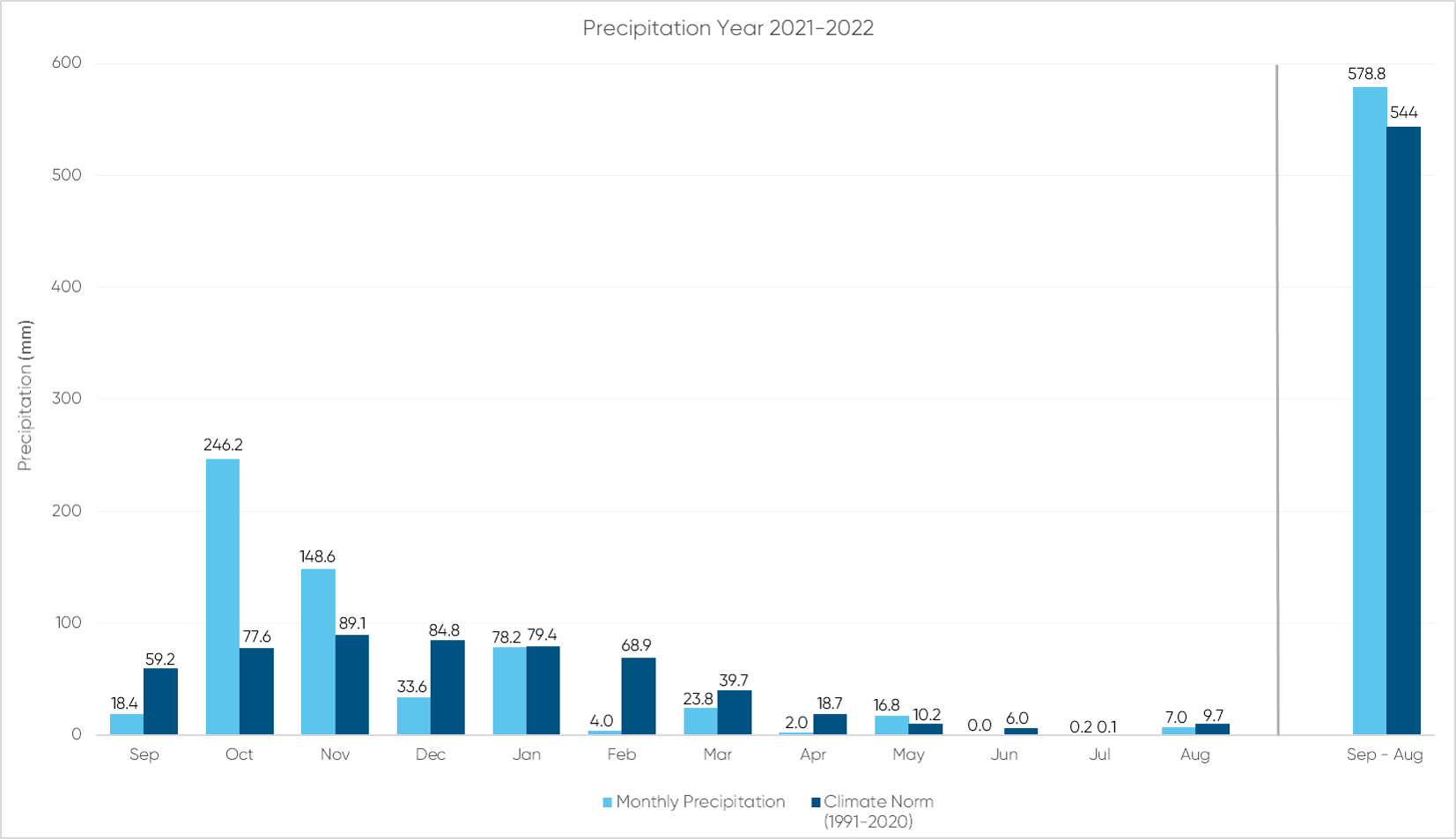 All three winter months were drier than average, producing a total of 115.8 mm of rainfall, or just under half the rainfall expected during the season. Last winter was the seventh consecutive winter to yield a total rainfall amount that fell below the seasonal norm. While all three winter months were drier than their respective climate norms, February’s paltry 4.0 mm of rainfall put the month among the driest Februaries on the Meteorological Office’s records.