The Terminal Expansion Project & Other Investments

Being Malta’s only air terminal, Malta International Airport hosts around 97% of all tourists visiting the Maltese islands. This makes MIA a very important contributor to the local economy, especially since travel and tourism amount to circa 25% of Malta’s Gross Domestic Product, which is a significantly higher percentage than Europe’s average. This apart, Malta International Airport has also been developing its non-aviation segment, and this has contributed to its growth to support, both directly and indirectly, over 15,000 jobs.

Ever since its privatisation in 2002, the company has focused on continuous terminal upgrades, as well as on the development of the building’s surrounding campus, so as to be able to cater for an ever-increasing number of passengers, and with a vision to become one of the best European airports.

Over the past years, Malta International Airport’s infrastructure has benefitted from an expenditure of more than €110 million, with some of the most noteworthy upgrades brought about being a terminal expansion, the development of SkyParks Business Centre, and a recent terminal reconfiguration that will enable further traffic growth.

This reconfiguration project has delivered significant improvements to the terminal, which include the relocation of the Central Security Area (CSA) to a bigger space, the upgrade of the airport’s Baggage Handling System (BHS), the installation of eight additional check-in desks and the refurbishment of existing ones, the unveiling of a new VIP lounge, and a reconceived observation deck.

Having completed a noteworthy Terminal Reconfiguration Project in the first quarter of 2019, Malta International Airport kicked off an even more ambitious project in January 2020. This project – the Terminal Expansion Project – will see the terminal building develop to occupy double its current footprint; namely around 31,200 square metres. The company’s investment in this expansion project will be of around 100 million euro.

The Terminal Expansion Project will not only equip the company with the capacity to handle further traffic growth, but it will also allow for the provision of a 5-star airport experience. This will be achieved through an increase in operational areas, a superior F&B and retail offering, a stronger sense of place and cutting-edge technologies. The project will be mainly focused on improving the experience and airport processes at key points of the passenger journey through Malta International Airport, including within the Check-in Hall, at the Security Screening Area, and at the departure gates.

The design of the expanded terminal is envisaged to be such that it captures the spirit of the Maltese islands particularly through the use of traditional patterns and materials, colours that are evocative of the sea and clear skies, and a play of light that brings to the building the warmth that Malta and its people are known for. With sustainability being an important value to the company, energy-efficiency and water consumption considerations will constitute another pillar of this project.

This investment project was put on hold due to the COVID-19 pandemic.

The company finalised the construction of a 20-million-euro multi-storey car park: Park East. This car park has introduce 1,300 covered parking spaces on the airport campus, and is providing 17 car rental companies with a centralised area of operation. The Park East complex will be a net-zero building sine a 780 kWp PV system will be installed on the open-air level.

Another project which is in the offing, and which forms part of the company’s investment programme, is the development of Apron X. Located in the midst of the operational hub, this new aircraft parking area will accommodate seven Code C aircraft or four Code E aircraft, and furnish the airport with aircraft capacity stability for the long term.

In line with its aim of developing the airport into more than just a terminal, and following the success of SkyParks Business Centre, Malta International Airport’s investment plan includes the construction of SkyParks 2 and a business hotel. This multi-purpose building will have a total footprint of 4,500 square metres.

In 2020, the building’s design was finalised and the commercial areas were identified. Following this, a call for proposals for a hotel built on 12 levels was issued, with the hotel operator being shortlisted in 2021.

Works are now underway on aligning the final hotel design to that of the business centre and detailed costs are being established. 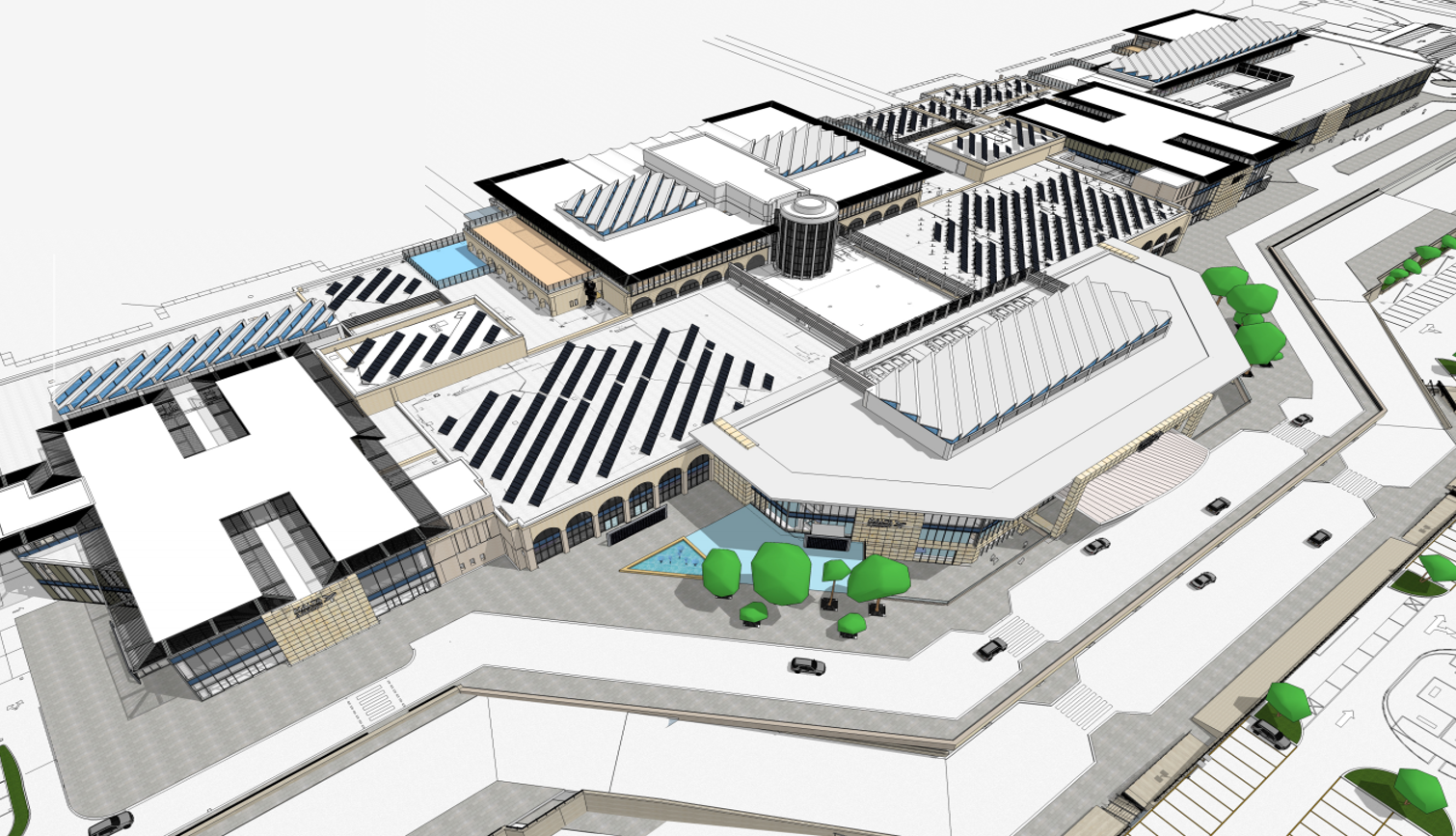 Below are highlights from the total investment scheduled for the coming years.

If you have any questions regarding Malta International Airport’s investment plan, please send us an email on communications@maltairport.com.