Covering less than half a square mile but home to some 320 religious, military and artistic monuments that bear testament to its founders and rulers, Valletta is Malta’s capital city and one of the most concentrated historical areas in the world. Valletta takes the name of its founder Grand Master Jean Parisot de La Valette. 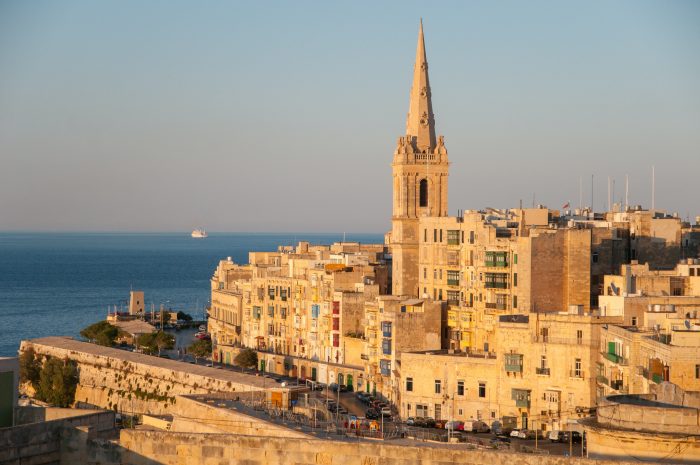 Valletta is a UN World Heritage Site, with around 320 monuments making it one of the most concentrated historical areas in the world.

History buffs will surely be delighted to know that right underneath the Upper Barrakka Gardens lie the Lascaris War Rooms; a sprawling warren of secret tunnels, chambers and operations rooms, from where some of the most epic battles fought in the Mediterranean during the war were coordinated. This wartime museum was awarded a Trip Advisor Travellers’ Choice Award in 2020.

Valletta’s unique grid-like streets are vibrant with activity during the day, especially since the law courts, shops, some of the islands’ best restaurants including three of Malta’s Michelin-star eateries, and Government departments are found here. In the evening the city somewhat winds down and becomes the perfect hangout spot where to catch your breath over a cocktail or a good meal. If you’re a theatre aficionado you could be in for a treat as the city’s three main theatres put up some spectacular and thought-provoking performances as well as host a number of exhibitions throughout the year.

The best way to go about the city is on foot, but you can also get an electric cab or one of the circular buses serving the city.